The first day of training she looked at me roll her eyes and i knew it right there, we would be best friends or would hate each other. The day went by and she was annoying, seemed to be funny the day of the interviews talking to her friends, why was such a pain now?


I was happy next couple of days didn't saw her, then someone said she had an accident and i could only hope she was fine, but God it was so good being there without her attitude. She came back with a bolster, by then i had already figured i would not be friends with anybody in the room, wasn't that interested anyway. 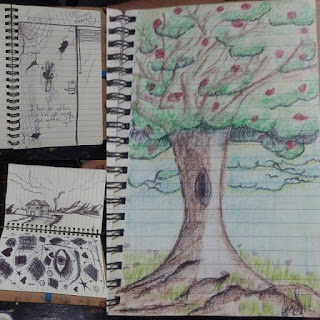 Keryme started talking to me out of nothing, went and sit with me, grabbed my notebook and start drawing a tree, I was happy of somewhat having her in my corner at same time was thinking, "great she can draw too." Wasn't just good at all the things i thought i was good at, also in the ones i always wanted to be and never could. Being mean and rude, speaking her mind she had made maybe not friends but people liked her, all i did was be nice to everyone and they all hated me. This is everything is wrong in this world right here in this room i thought.


She would not stop talking to me, and i am way too nice to be rude at her so we spend allot of time together, honestly is the last thing i want but at same time, i hate being on my own so... She is not so bad, so i add her to Facebook, big mistake. It makes me think about the days when I use to play online and so many guys would look for my approval, again she is so much better than me at everything... One afternoon going through my wall, what is this? She posted a picture of random conversation with a guy offering to buy her a car, if she goes out with him, and it says "some people just try too hard" out of nothing it pisses me off, whether is true or not if you are having a conversation with someone, just dont go and post it where everyone will see it, what if did the same to you? Would you find it funny then? 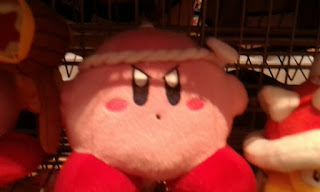 There is times when as much as it annoys me can be funny, Ernesto has a thing for her and her Asian looking kid, she keeps saying "moshi moshi" and makes this silly face where she says it and sort of keeps air inside her mouth making her cheeks look like little balloons with her hands near her chin, it looks so cute when she does that, she reminds me of Kirby, we had to go for a break and i told her in the elevator she looked like Kirby and her new name would be Mses Kirby, she got angry at me because apparently she hates pink which she has say before in the room and she feels he is really fat, "too bad" i said i think he is cute and you look like it when doing that noise and making that face so i shall call you Mrs Kirby till i get tired of it "ok ma'am" touche bitch, game on i said to myself.


I think it is more than i need to say, that this wont be the only entry about the now so called "my best friend", it is a funny story too long to tell at once, so keep reading i promise she will make you fall for her, because as i tell everyone in our life, she has the sleeping beauty curse burden, with the irony she has insomnia.

I was in love once before, when i was with him, felt secure, loved, wanted, but i also felt ugly, scared and useless. He could ma...